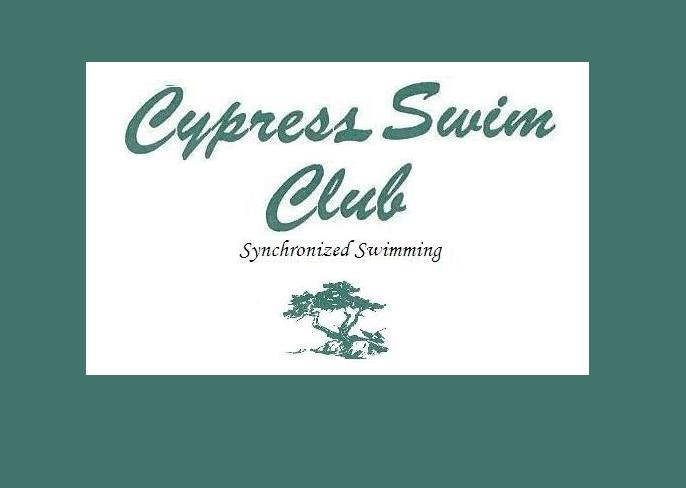 The Cypress Swim Club was founded in 1964 by Donn Squire and Del Neel to train and promote the sport of Synchronized Swimming on the Monterey Peninsula.  Mr. Squire, who passed away in November of 2004, was the first US Men's National AAU Solo Champion in Synchronized Swimming, and performed exhibitions of the sport at both the 1960 Summer Olympics in Rome and the 1964 Summer Olympics in Tokyo.  Mr. Neel, who retired from coaching at age 81 and passed away in 2010, served the sport in numerous capacities, including coaching, developing the national training and rating program for Synchro judges, and being elected by the Olympic International Committee to judge at the very first World Aquatic Championships in Belgrade, Yugoslavia in 1973.  In September of 2001 he was inducted into the United States Synchronized Swimming Hall of Fame in honor of his many contributions to the sport.
The Cypress Swim Club has trained numerous elite athletes in Synchro since its inception, including a two-time Olympian in the sport (1996 and 2000) and many who have gone on to swim Varsity Synchro at universities such as Stanford, Ohio State and the University of Arizona. The Club is currently coached by Patricia Jones, who began her tenure with the Club in 1994 and is now a level 4 certified coach and level 2 judge in the sport. Ms. Jones has served for many years as the President of the West Zone of USA Synchro and co-coached the Gold Medal Team Routine at the 2014 United States Senior Open Synchronized Swimming Championships in Las Vegas. The team also studies Synchro-specific dance and strength training with Gloria Elber, a choreographer for the USA Synchro Olympic Team.
The Cypress Swim Club is affiliated with the Central California Association and the West Zone of USA Synchro, and subscribes to its philosophy and program for amateur sports.  Participants derive many benefits.  In addition to physical fitness, Cypress Swim Club athletes learn leadership skills, teamwork and the meaning of commitment, self-discipline, poise and self-confidence, and the ideas of good sportsmanship.  While the Club's primary goal is recognition in local, regional, state, zone, national and/or international competitions, the above-mentioned skills and attributes make every Club athlete a winner regardless of whether or not the swimmer receives an award in competition. Competitive Synchro club for both youth (boys and girls ages 6-19) and adults (men and women ages 20 and over), including athletes with disabilities.  We coach all levels of swimmers and offer a one month free trial for interested participants.