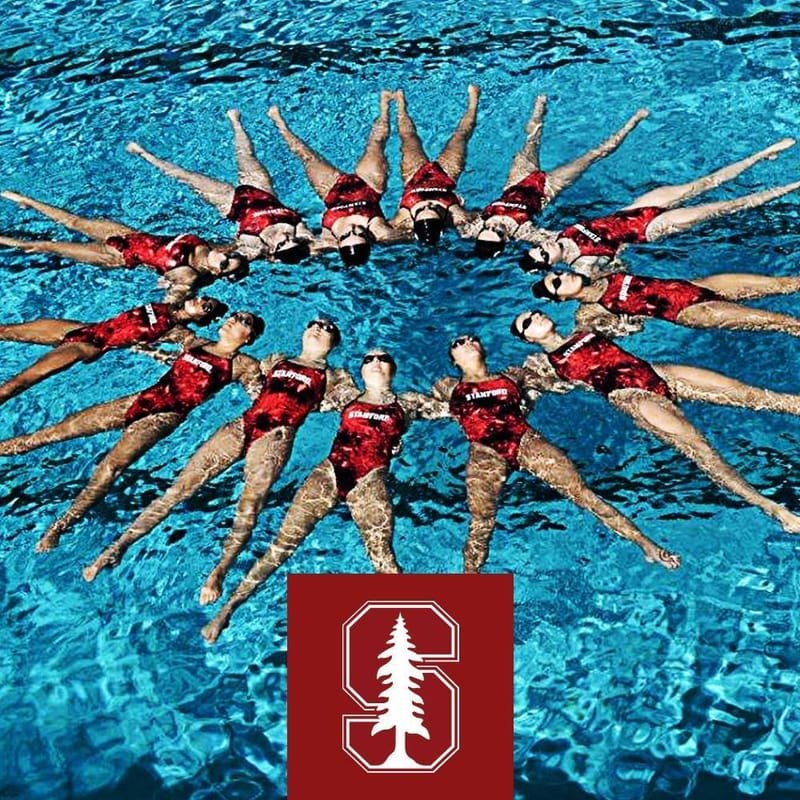 Entering its 37th year of organized competition, the Stanford synchronized swimming team is one of the university’s most successful athletic programs. Stanford has won eight collegiate national titles, including six of the last 12, among its 36 top-five finishes.

Stanford Synchro has also made a name for itself internationally and outside the collegiate arena as well with seven Olympians since the 1996 Games, including one gold medalist and two bronze medalists. In addition, numerous National Team members have competed collegiately for the Cardinal. In 2008, Stanford became the first collegiate team to win a share of the U.S. National Championship.

Some of the most successful Olympic athletes in history have graduated from Stanford. At the 2016 Olympic Games in Rio de Janeiro, Brazil, Cardinal student-athletes collected a school-record 27 medals (14 gold, seven silver, six bronze), the most of any university in the country. At the 2012 Olympic Games in London, Stanford affiliates brought home 16 medals, including 12 gold medals. Stanford’s Mariya Koroleva represented the United States in the duet competition in Rio and London. At the 2008 Olympics in Beijing, China, Stanford took home a total of 25 medals. Stanford synchronized swimming is proud to have contributed to the strength of that tradition, producing more Olympians than any other collegiate synchro program in the nation.

Former head coach Heather Olson, then Heather Pease, helped lead the U.S. team to gold in the 1996 Olympics in Atlanta, and also competed with former assistant coach Bridget Finn in the 2000 Olympics in Sydney. Erin Dobratz, class of 2005, and current head coach Sara Lowe, class of 2008, were on the U.S. team that took home a bronze medal at the 2004 Olympic Games in Athens. Courtenay Stewart, class of 2008, represented Canada in both the duet and team events at the Olympic Games in Athens. Katie R. Norris, class of 2004, was a member of the U.S. Olympic squad, but turned down the opportunity to be on the Olympic team as a reserve in order to finish school at Stanford.

Thanks in large part to alumni support, Stanford is one of the most competitive synchronized swimming programs in the nation, with a reputation for creating the highest quality scholar-athletes who excel both in the water and in life.