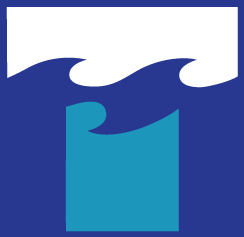 History
San Francisco Tsunami Aquatics is a gay, lesbian, bisexual, transgender, and straight-friendly masters-level club with both swim and synchronized swimming teams. From our groundbreaking debut in 1986, Tsunami has grown to be a club with 15 coaches and more than 100 members from the broader Bay Area community. We are proud to say that many of the team’s founding members are still swimming today!

The team caters to swimmers of all levels, from highly competitive athletes to those seeking a social-oriented fitness swimming experience, and we welcome brand-new beginners! Through stroke clinics and individualized attention from our coaches, each swimmer can achieve his/her personal objectives with SF Tsunami.
SF Tsunami is a member of International Gay and Lesbian Aquatics Organization (IGLA). IGLA’s purpose is to promote participation in aquatic sports by lesbian women, gay men, and friends of our community.

There was much debate in selecting the team’s name. The Water Shamans was founding member Guy Decker’s suggestion, and was the leading contender until John Harry Bonck suggested the word Tsunami. The wall of water imagery blended so easily with our newly acquired reputation as the “winningest” club in the gay swimming world, that it was adopted by a unanimous vote.

In 1987, Tsunami joined gay and lesbian swim teams from West Hollywood, San Diego, Berkeley, Seattle, New York and Vancouver in forming the West Coast Gay Swim League, which was the forerunner to what is now known as the International Gay & Lesbian Aquatics Association (IGLA).

Although Tsunami swims at local Pacific Masters (PMS) competitions, the team’s competitive focus has been the quadrennial Gay Games and the annual IGLA Championships. Through these events, Tsunami has competed around the world, including Paris, Amsterdam, Sydney, and every corner of North America — from Vancouver to Ft. Lauderdale – Montreal to San Diego. Tsunami’s top swimmers typically return decorated with medals, but every participant comes home with personal bests, new friends, and great memories.

For those with a creative flair, each meet features the Pink Flamingo Relay, a performance competition unique to IGLA and the Gay Games. At the Sydney Gay Games in 2002, Tsunami took first place with a tribute to Aussie sweetheart Olivia Newton-John. Tsunami was victorious again at the 2007 IGLA championships in Paris with a mime routine that stole the show!

A Record of Achievement
Over the years, Tsunami swimmers have been ranked nationally, set many IGLA and PMS records, and have won PMS and IGLA championships. Members of the team have also made waves out of the pool. Founding Tsunami Rick Meier-Windes, served as chair of PMS from 1992 to 1993 as the first openly gay, openly HIV positive chair of a major swimming association. Tsunamis have also served as officers of IGLA, Team San Francisco, and the Federation of Gay Games.